Since a few years I take part in exhibitions organized by the foundation Vierplus (a group of dutch galleries working together). These exhibitions allow me to show my artworks to a public interested in geometric art at locations of architectural interest. In this way I can also show the link between my work and modern architecture.

Post NL issued a series of stamps related to functional architecture ("Het Nieuwe Bouwen") that was much in vogue between the two World Wars. Concrete and new developed metal constructions made it possible to build practical, efficient and healthy buildings offering a lot of daylight and fresh air.

The first stamp shows homes in Utrecht (centre of the Netherlands) designed by the well known architect Rietveld. My small architectural artworks, the Archi-Minis can be seen and bought here, link: Post Erasmuslaan 5. The other stamp shows a former sanatorium in Hilversum near Utrecht named "De Zonnestraal" by the architects Duiker and Bijvoet. Il will take part in the next "Essentie" exhibition that will be held here from the 9th 'till 13th October 2019. Click on Exhibitions for more details. 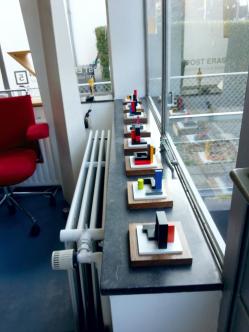 Below another example of modern architecture in Strasbourg in France. What was part of the harbour in the past has become a lively new quarter with shops, restaurants and bars. The building on the left was used for storage in the past now it is the new multi-media public library. I will put my artworks on show here the 9th September 2019.

In May 2019 I was also lucky taking part of the Essentie exhibition at another interesting site in terms of architecture, the Dingemanshuys in Utrecht: 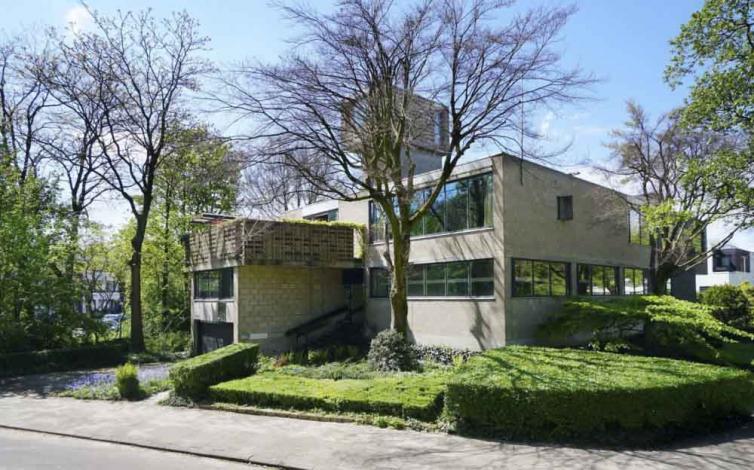 Built in 1964 following the drawings of dutch architect Piet Dingemans. The building served him as office and home. It was made with standard concrete blocks. You will find more information and images from the interior if you click on this link: Dingemanshuys.

Let's end this news item with two souvenirs from the Essentie exhibition in Bolsward in the North of the Netherlands. It was held in the Broerekerk, a church damaged by a fire in 1980. It became a glass roof in 2006. Makes me think about Notre Dame in Paris. 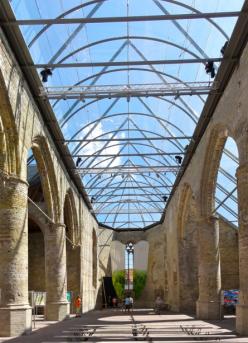 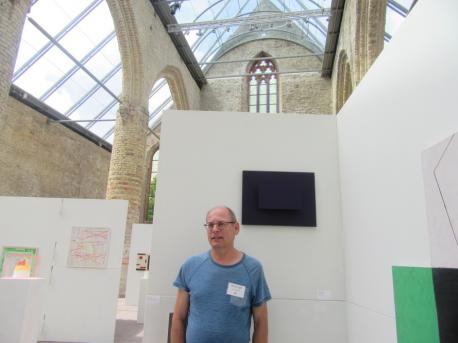